The city brewery operated here for 300 years, the last time in the middle of the 19th century. But in 1862, after the fall, his equipment was sold at auction. Beer was brewed there by the recognized king of Czech brewers and founder of the first brewing school in the world, František Ondřej Poupě.

“After years, we are moving from classic Czech lagers to beer attractions that are mostly sought after by the younger generation,” head brewer Ladislav Němeček confided to Blesk. “We enjoy using new varieties of hops with original and special aromas that are suitable for brewing modern beers”, he added.

The brewer, who before coming to Brno “built” a brewery in Dalešice for twelve years, will offer people Poupětův Prvňák at the premiere. “It’s a West Coast IPA,” the brewer explained. The brewery has 14 taps. From the first day, they will also offer bitter fermented Poupětov Belgičan, seasonal Poupětov Kamoš and fruity Žíznivé Poupě.

Modern technologies with tanks directly on the premises allow the brewer to brew up to 14 different types of beer at once. He wants to produce 1,000 hectoliters a year.

The king of breweries did not live in Pilsen, but in Brno!

František Ondřej Poupě (1853 to 1905) lived in Brno for the last seven years of his life. He is still a recognized figure in this field. He introduced the use of thermometers and beer scales, i.e. the predecessors of hydrometers, into beer production. He published several writings in which he pioneered a scientific approach to beer production. He also had the first brewing school in the world in Brno!

The building where Brno continued brewing is known to most locals as the former Builder’s House. However, the original area of ​​the city brewery was larger and occupied several plots bounded by today’s Dominikánská, Starobrněnská and Šilingrovým náměstí streets. The legendary brewer FO Poupě brewed his top beers there.

A huge brewery was destroyed by lagers

The lager fad led to the downfall of the brewery. It came several decades after the death of the legendary brewer Poupěte. It was not possible to build the extensive cellars required by bottom-fermented beers on the cramped plot. The city brewery lost its fight for survival. Now, after 160 years, it rises from the ashes. 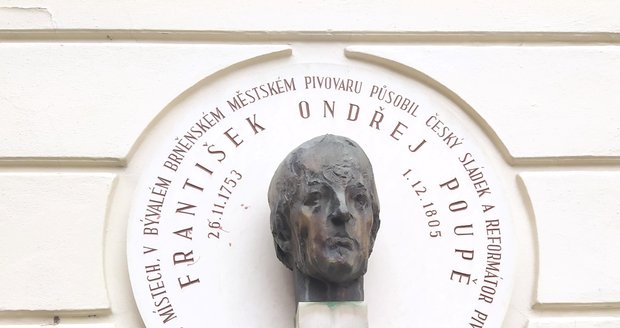 The king of Czech breweries, František Ondřej Poupě, lived in the years 1853-1905, and the last seven years of his life in Brno. He is still a recognized figure in this field.